The PLM State TBT: The Good, the Bad and the Ugly of Intelligent Part Numbering

Part numbering systems are a controversial topic. In my previous blog, I outlined the history of part numbering systems and identified some of the different types of approaches that have been employed by various manufacturing companies. In today's world of Product Lifecycle Management (PLM) and Enterprise Resource Planning (ERP) companies can leverage powerful tools to identify and reuse existing parts, but some companies still cling to intelligent part numbering methodologies. Products like Windchill PDMLink and Agile PLM have integrations into engineering organizations that allow information to be vaulted with extensive metadata which facilitates part reuse and engineering collaboration. This article identifies the pros and cons, or per the title, “The Good, the Bad and the Ugly of Intelligent Part Numbering”, given our current environment.

As a kid I was always enamored with spaghetti westerns; it's one of my fondest memories, sitting there with my Dad and Brother watching yet another gun fight. I was always amazed how a standard single action Colt could fire 15 to 20 rounds without having to be reloaded. And the hired gun never missed from the hip, behind the back, or from the submerged position in the horse trough. I also loved the fact that there was always a good guy and a bad guy – the lines were clearly defined, no ambiguity. If you were ever in doubt you only had to listen to the music that played as the camera shot the close up of each for a clue, or, wait for the last scene where the bad guy always went down. They don't make movies like that anymore; these days the line between the good and bad has been obscured. The same holds true for engineering and manufacturing systems. Most demo pretty well and at first blush it's hard to discern which is the better choice. I still feel like the best way to know or choose is based on experience. It's important to interview other companies or consultants who have experience with these systems, and if you're lucky, have experience with multiple systems for comparison.

Part Numbering systems are no exception to this; arguments for any system put in place can be made. I believe finding and interviewing someone who has experience with these systems and who has seen them in use will greatly aid in making a prudent decision. In this blog series here, and moving forward, I want to try and take an objective look at each system described in the previous blog.

Now, I will discuss the arguments for and against Intelligent or Significant Part Numbers. So, please don't take my treatment of any one as an endorsement or rejection at this point.

As name states, this type of numbering system endeavors to draw significance from each character in the numbering sequence. The structure of the number often is defined as an effort to draw relevance from grouping sets of numbers together (e.g. xxx-xx-xx-xxxx). So let's take a look at the arguments for and against this type of system.


The list here is a little more involved than the pros. I'll try to cover the most impactful arguments, but I'm sure others can add to the list. Trying to capture all significant variables that will describe every aspect of a component is next to impossible. Accordingly, what is a capacitor is not a self-clinching nut and trying to devise a system that can accurately describe both is difficult at best. So how do you handle something like this? It's not an easy problem to solve. In fact, some companies have spent man-years with some of the brightest minds trying to devise systems to accomplish this only to have the system fall short at some point.

Secondly is the requirement of having to document or commit to memory how to use and identify part numbers based on an intelligent scheme. In today's environment, tenure at a company of 3+ years is becoming more and more rare. So the constant indoctrination of individuals to understand the intelligence that has been devised is a costly proposition. Look at the frequency of acquisition of companies in today's business climate. Growth through acquisition is the most common method for large corporate expansion, and what happens to the part numbering scheme when a company gets acquired? Most times the parent company's numbering methodology is employed going forward. When this happens, systems are many times merged, which requires a data migration. One of the most significant cost factors in data migration is handling and cleansing erroneous data. I've seen this many times when dealing with intelligent part numbers. At some point, the system broke down and ad-hoc methods were devised to handle the short coming which typically dies with the person who devised it. It's a crap shoot at best trying to categorize or clean up the information.

The next argument I would put forth is this: what happens when the system at some point falls short? I have yet to come across an intelligent part numbering system that didn't do so at some point. I'm sure they are out there but I haven't seen one yet. We at Zero Wait-State do a fair amount of data migration work and there is always a significant amount of part numbers that have everyone scratching their heads. Either the numbering system failed to take in a significant variable and an ad-hoc extension was added, or, a user entered the number in incorrectly and it was released without correction. But, the bigger issue comes in when trying to discern why or how these occurred and how to handle them going forward. I could go on about this, but in short, these are a significant cost in merge activities.

My final argument, and by no means is this a complete list, is the issue of error rate due to manual entry. Because most PLM systems don't capture the intelligence and logic required to administer a numbering system like this, they usually allow a string input field so the system can handle intelligent part numbers. As a result, a user at some point will enter a part number incorrectly where it will go unchecked and get released. User error on entry of 15+ numbers is almost 100% according to several studies. This is a significant downside to using intelligent part numbers.

In my next installment, I will review semi intelligent part numbers and random part numbers in my blog, “Make My Day" The Pro’s and Con’s on Hybrid and Random Part Numbering”. 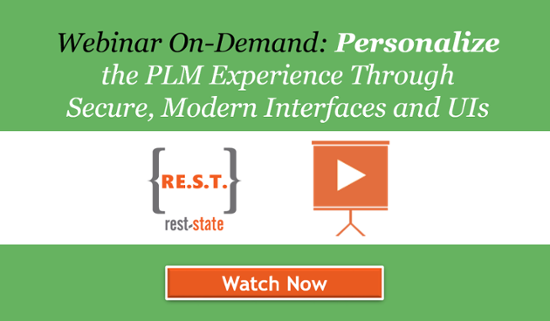 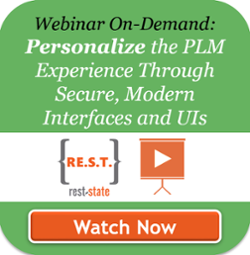 You deserve PLM YOUR way.
Don't settle for out-of-the-box.