The PLM State TBT: Protecting Your Intellectual Property with PLM 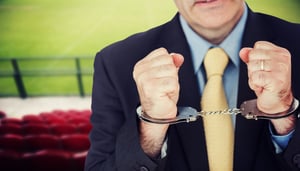 When using PLM (Product Lifecycle Management) systems as repositories for design documentation, you are doing a form of document control and publishing that could expose your company's most valuable intellectual property if not managed carefully. Before I share my thoughts about how to control your IP in a PLM environment, allow me to share some historical perspective of the protection and violation of IP ownership over the centuries.When the pyramids were built 5 thousand years ago, the slaves had their tongues cut out so they couldn't share the secrets of the pyramid's configuration and the location of the secret compartments of riches contained therein.

In the early 1800s, a man named Lowell spent 2 years in the English textile industry for the sole purpose of replicating their loom designs in New England. Some say he used his photographic memory, others claim he smuggled the drawings. He was very successful, and his namesake town, Lowell, Massachusetts, is considered the birthplace of the industrial revolution on this continent.

Hollywood wouldn't exist if motion picture makers were not trying to avoid royalties (or worse: injunctive relief) lawsuits filed by a certain Mr. Thomas Edison. The Californians figured that 4 time zones and 3 thousand miles insulated them from the slings and arrows of Edison's New Jersey lawyers.

In the 1990s, in the Telecom Corridor, it turned into "dumpster diving". In one case, documents retrieved were ruled property of the originators, but in another case, they were ruled "public domain". It came down to whether the dumpster was on company property or the tenant's common area.

In the late 90s, there were many lawsuits filed in Texas claiming, "inevitable disclosure", an insidious abuse of the courts, that alleges an individual cannot avoid sharing what he knows when he changes jobs, and therefore is guilty of theft of intellectual property. The doctrine of inevitable disclosure puts forth the notion that your employer owns all your work during your term of employment, even if you developed it "off-hours". 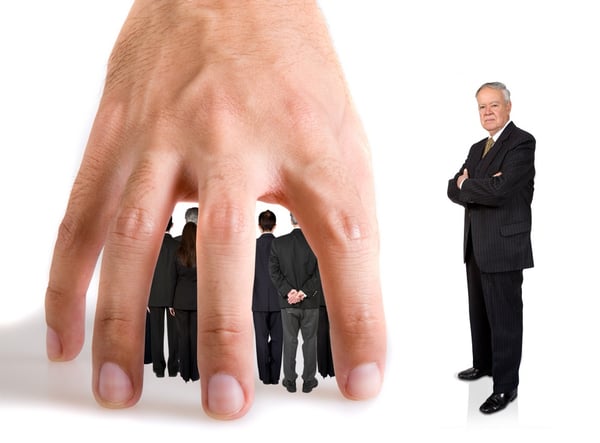 The concept that your employer could own what's in your head was upheld in the infamous Evan Brown case, where a developer claimed he developed (on his own time) a reverse-compiler for COBOL to fix Y2K date fields. Brown was denied the ability to sell it on the open market by his employer. Brown ignored the court ordered "motion to compel" and at one point was jailed for contempt of court.

At the Supercomm trade show in Chicago in 2004, a Chinese manufacturer's employee was caught red-handed taking digital photos of the insides of competitor's equipment after the trade-show floor was closed and the exhibit hall supposedly locked up. I think he got to see the inside of Cook County jail. Who knows - maybe he got Abbie Hoffman's bunk. Wonder how that showed up on his expense report.

And here's where I bring it all back to PLM with my own, personal experience at Monterey Networks. Alcatel sued Monterey Networks under the doctrine of inevitable disclosure after we hired several of their engineers and developed the world's largest optical router in less than 9 months. In legal discovery we had to convince Alcatel lawyers that we didn't steal anything, and that our architecture was a clean slate design. When our new owners, Cisco, asked how we did it without stealing Alcatel designs, we had a one-word answer: Agile PLM. 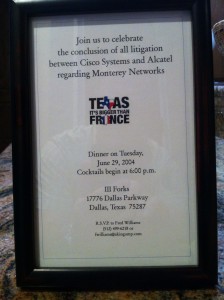 We showed that this new genre of Product Lifecycle Management software facilitated the kind of collaboration and supported design re-spins to the extent that we would crank out "big iron" telecom equipment designs in unbelievably short intervals. Alcatel's case was dismissed (on summary judgment), and Monterey/Cisco kept after them on the counterclaim "tortious interference through abuse of the courts". Cisco/Monterey won the legal clash of titans. At the victory dinner, our lawyers gave us bumper stickers that read, "Texas is Bigger than France". There's more to the story, as you might imagine. And Cisco carried forth with a project code-named HFR (Huge F****** Router).

Agile PLM was clearly becoming a competitive weapon. With Agile PLM, we could quickly evaluate the latest technology, generate prototypes faster, reduce the number of design re-spins, collaborate easily, and effectively become the "techno/social network" for some of the industry's best telecommunications experts. We could get product to market so fast that our competitor's heads would spin. And with Agile PLM, we could keep our intellectual property locked up tighter than a drum.

[Footnote: Our deal with Cisco was to get $500M if we got in ATT's lab. We did that. But they threw another $50M on the table, partially because the stock was doing well, partially because we had over-delivered on their early stage investment, but mainly because we were experienced with Agile PLM (a PLM system they were "evaluating"), not to mention we were on Oracle ERP 11.03 and they were still on the Y2K fix 10.7.]

Along the way, I've heard people express concern about all the intellectual property being so readily accessible. The notion of giving suppliers access to our intellectual property is worrisome to some developers. Having everything in one place seems like a risk exposure, and I suppose it can be if it's not managed properly. It's not like IP management has been so well managed up to now. Take a look at what's being done all too often today. Drawings and design databases are put in big file/directory systems, sometimes with no check-in/check-out capability, and often without any form of revision control. In far too many cases, the "single version of the truth" is on somebody's C; drive, in a PC being hauled around by the designer, or left on the front-seat of a car easily in the crosshairs of a smash & grab thief. In many cases, files are sent as email attachments and/or loaded onto flash drives, essentially "published" into the "ether" as stored & forwarded mail, or random files on some thumb drive dangling off of a keychain. 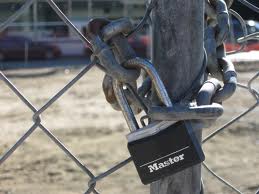 With a comprehensive PLM system, you have all sorts of control, both at the individual level and at the product level. You could make the case that with a well-managed security implementation, your intellectual property is actually more secure in a central repository. And if it's a powerful tool like Agile, with the proper means of easy access, there's no reason to have all these uncontrolled copies floating around. I think most would agree that red-lined documents on the shop floor, or for that matter, uncontrolled printed copies, email attachments, and files on thumb drives are unnecessary, and even discouraged, when you have a central repository with "the single version of the truth" safely under lock and key, but easily accessible by all with the "need to know." 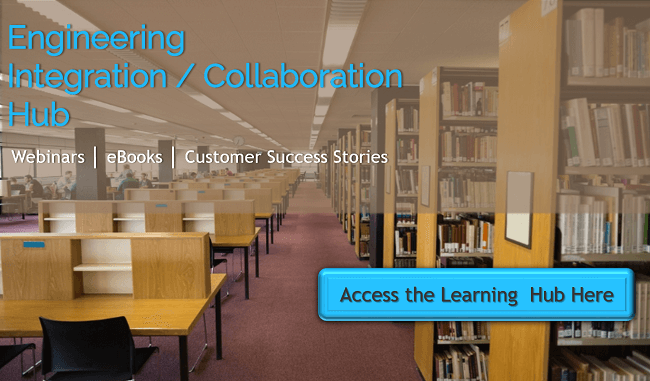 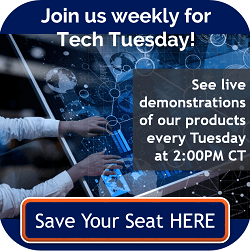