A few months back I attended PTC’s LiveWorx event in Boston.  It was somewhat nostalgic for me since we have not been to a PTC show for several years. Our formal relationship with PTC ended around 2006, so it has been a while since I have taken a hard look at PTC technology other than figuring ways to migrate data out of it or to enable integration to Windchill.  This show was quite eye-opening in regards to how much PTC has shifted to the Internet of Things (IoT).  Messaging around this technology and ThingWorx specifically dominated the show.  As different as things appeared as I started investigating, it became apparent there were striking commonalities between the IoT movement and the early years of PLM. It appears the emergence of IoT has reinvigorated PLM by giving it a more critical role in product development and optimization.  Being around for the advent of PLM, this gives me a sense of déjà vu as I listen to vendors and prospects struggle with defining IoT.

Where IoT can really assist technology vendors trying to reinvent themselves is in cloud-based PLM platforms.  Several companies have released cloud-based PLM technologies and several well-established vendors are reorienting themselves to the cloud.  The issue I think they are struggling with is providing a compelling reason for existing companies to transition from on-premise traditional PLM to cloud-based PLM.  Their main value proposition is reduced IT footprints, which to me isn’t particularly compelling.  The other ploy is to reduce R&D on the on-premise technologies and enhance and modernize their cloud offering so that it appears to be the superior solution.  The problem with this approach is that not all PLM vendors are abandoning on-premise PLM, so it is obvious to all that the gap is artificial and not really driven by the supposed added capabilities of the cloud platform. Adding IoT capabilities (which most on-premise PLM platforms lack) could be a way for cloud-based PLM offerings to differentiate themselves from on-premise solutions and entice prospects to shift.  For cloud-based PLM to really take off beyond small companies and startups, there will need to be compelling technological advantages beyond pricing models and not having to buy servers.

I believe a hybrid approach is warranted.  Existing on-premise PLM serves a purpose and can be married to cloud-based application through technologies like REST (Representational State Transfer).  There is really no reason to port data-laden PLM into the cloud given today’s architectures.  Engineering data is complex and large and while cloud works great for CRM and ERP, it is not ready to digest the terabytes CAD creates and many on-premise PLM systems hold.  With proper planning and technology choice, companies can have the best of all worlds.  They can preserve their investments in on-premise PLM solutions while adopting best-in-class cloud offerings, including IoT and Analytics, to fully leverage current technology trends.  Eventually, systems and architectures will evolve to eliminate the large data issues and companies can move off their on-premise solutions. But, it is entirely possible, at some point, the momentum could shift back to distributed models again.

I really like the direction PTC is going with their offerings.  They honor their existing customers by continuing to enhance their CAD and PLM solutions while acquiring and developing new solutions around IoT.  They are allowing their clients to choose the best direction and gain maximum value from their technology investments.  The data in PLM becomes much more valuable when it’s enhanced with data pulled from devices in the field via IoT.  Technical data can also be extracted from PLM and pushed to new mediums like Augmented Reality to improve service and training experiences.  Just like at the advent of PLM, we have new opportunities to help companies leverage technology to improve the quality of their products, to improve margins, and to reduce turnaround time for new product design.  It is nice to see a new wave and to have that familiar sensation of working with compelling innovative solutions. 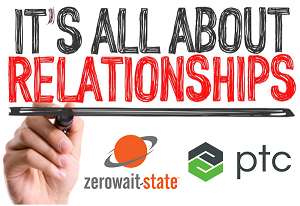 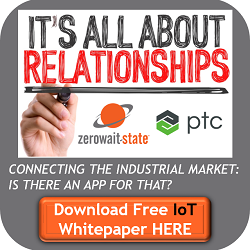